911 call center is alerted to an emergency situation in your city and they activate Patrol Officers, EMTs and Firefighters to respond.  The Scene’s First Responders.  They have specific functions, roles and duties to perform that are separate from each other and yet, together, they share a common goal:  to protect lives and contain the crime scene.  But if that crime scene is contained, has the evidence been preserved?   Do they mean the same thing?

First Responders are the MOST ESSENTIAL personnel at the crime scene because they have the 1st opportunity to observe the scene in its most original state.  Even if your city is fortunate to possess star investigators, master evidence examiners and superior prosecuting attorneys, information that is collected by First Responders is crucial to the case.  In this concise 1 day course, these First Responders will learn important considerations necessary to preserve the evidence in all types of crime scenes and specifically, we’ll cover:

With a series of steps, officers will learn BEST PRACTICES for preservation of: 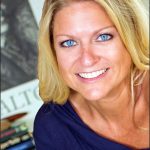 Learn about our teaching program